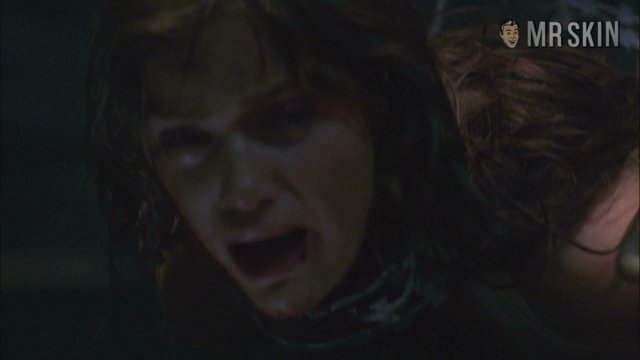 Striking brunette beauty Emma Clifford was everywhere in 2009. On TV, she made an appearance on the short-lived comedy series Krod Mandoon and the Flaming Sword of Fire. Emma also had roles in the sexy Sapphic horror-comedy Lesbian Vampire Killers (2009) and the straight-to-DVD fright flick Wrong Turn 3: Left for Dead (2009), where she bared her bloody boobs wrapped in barbed wire in some maniac’s torture dungeon. Skingoria!