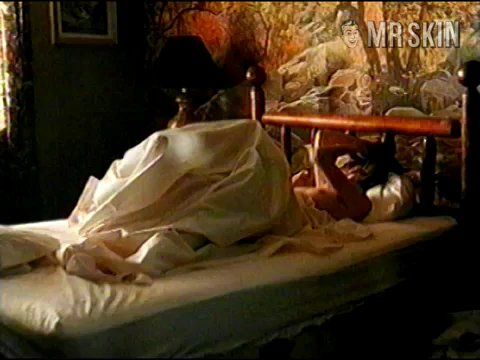 True love can conquer anything, but what if the bride-to-be’s father is a Nazi war criminal hiding in plain sight as an upstanding citizen of Grand Rapids, Michigan? An HBO original movie, Descending Angel (1990) boasts an Oscar-caliber cast (those statuette-worthy thespians would be big, bad George C. Scott and pure, fragile Diane Lane), compelling subject matter, and conflict that pulls each of the three major characters in at least two opposite directions. Will the deaths of eight hundred massacred Jews be avenged? Will the couple make it to the altar intact? Will the future father-in-law give away the bride, or will he murder her nosy, big-mouth fiancé?