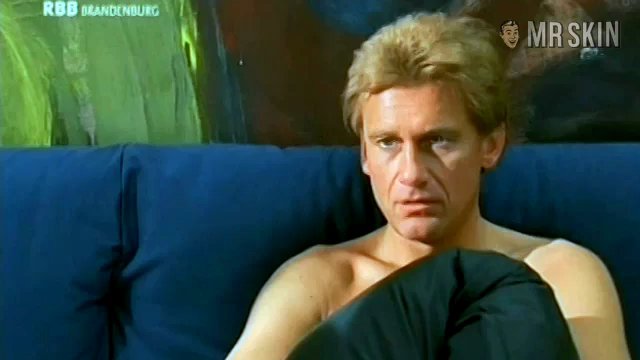 It's love at first sight when an investment banker spies a stripper at a party in Das Mädchen aus der Torte (The Woman in the Cake) (1999). The moment Christian (Rain Fendrich) sees Miriam (Ursula Buschhorn) pop out of the cake at his friend's birthday party, he's hopelessly smitten. There's just one problem, though-- his fiancee, uptight banker's daughter Katharina (Marion Mitterhammer). And when it's moist, tender cupcakes like the mouth-watering pair on Ursula's chest we're talking about, who can blame him?