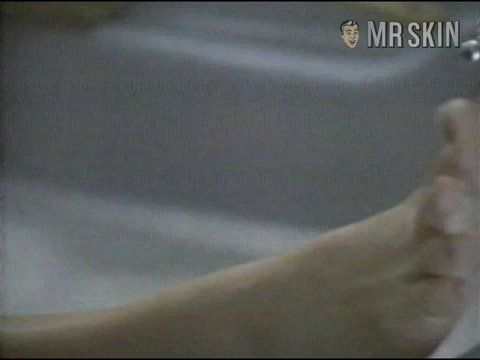 The '50s were a highpoint in American culture, what with the neat suburban homes and a Marilyn Monroe-like wife for every pot-bellied ex-GI back from the Big One. But in Africa it was a different story, as Curse III: Blood Sacrifice (1991) graphically shows. Jenilee Harrison is cursed by a witch doctor and is hunted by a machete-wielding monster that kills anything that gets in its way. That includes Jennifer Steyn, who gets cut up by the beast--but at least she's topless. Jenilee doesn't suffer the same fate but does offer up her big boobs as a skin sacrifice for cursed viewers. It's sure to get your blood (among other things) up.