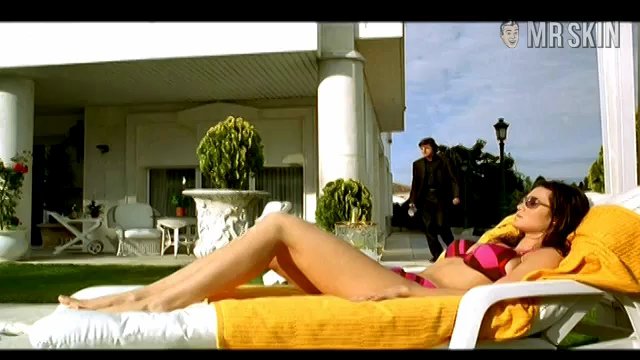 Cosa de brujas (2003) is a little bit horror mixed with comedy and a whole lot of nudity. The plot has something to do with a guy who killed someone twenty years ago and fears that a black cat with unusual markings will undo his perfect crime. Audiences are uninterested in anything other than undoing their zippers to enjoy the fly Spanish cast of cuties. Manuela Arcuri is actually Italian, but she has back and front, and she’s also got a bit of a bite, as one unlucky lover discovers. Another fellow gets a happier boff from Lidia San José, whose T&A is A-OK. While Susana Segorbe proves that Latinas not only have the greatest asses on the planet but are stacked pretty full on top too. Yes, the rain in Spain is mostly coming from horny men’s pants!