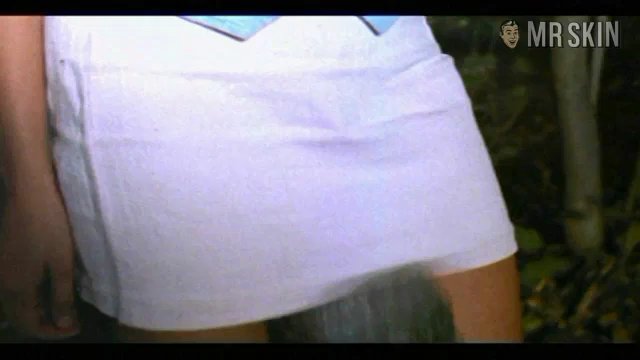 There's Nothing Out There (1991)
Sexy, underwear Claudia Flores is skintastic in this sexy scene! 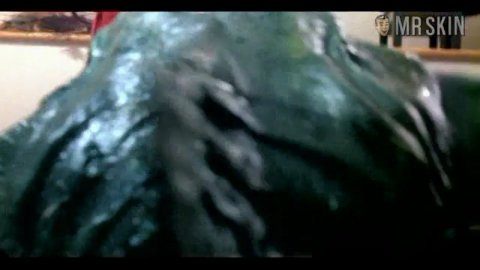 Claudia began her acting career in her native Argentina in 1987 with a role on the hit television series Por siempre amigos. Since then, she’s spent the better part of her time on Argentinean TV, working on such series as Clave de sol, Querme and Gasoleros. This leads us to two conclusions; first, that Claudia has shown little to no Skin on screen and second that her Skinematic career hasn’t ever led her to America.Wrong, and wrong.In 1991, Claudia made her one-and-only appearance on the Silver Screen in the decidedly American horror flick There’s Something Out There. It’s all about seven teens camping in the woods during Spring Break, people start dying… We all know the drill. Claudia’s one of the babes who gets offed by the monster/alien/baddie but not before flashing her itty-bitties to Mr. Camera. You just have to appreciate small miracles… and Claudia has two of them!

8 Pics & 2 Clips
Nude, breasts 01:04:00 Claudia's cans come out when "the monster" has at her and Wendy Bednarz engages Bonnie Bowers instead of giving her a hand...