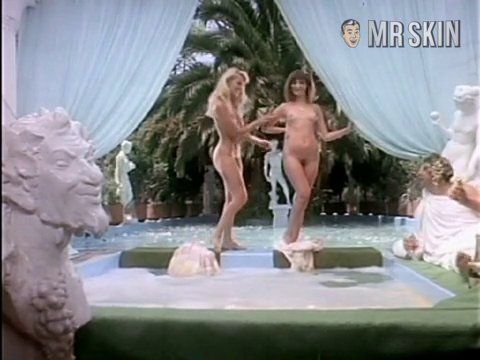 La golfa del barrio (1983)
Nude, breasts, butt, bush 00:34:00 She drops her toga and gets as naked as the proverbial jaybird, then starts splashing around in a hot tub with some pseudo-Caesar and his pal. 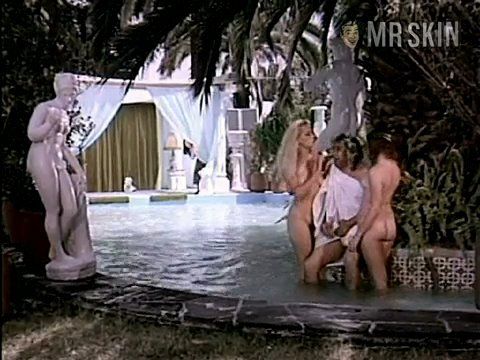 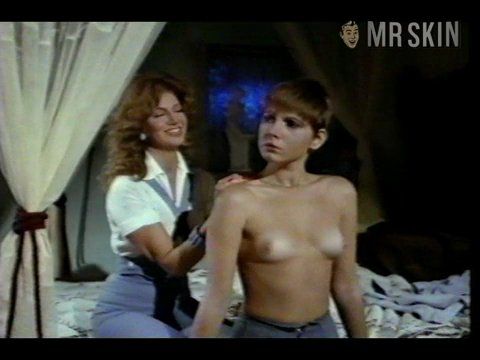 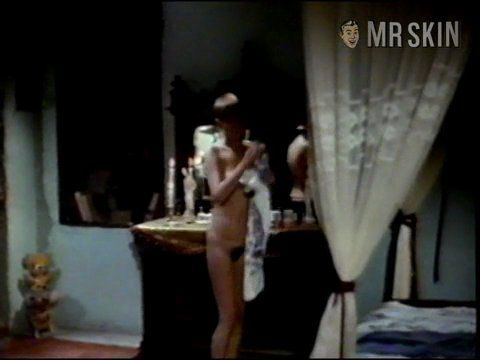 Anaís began her career in 1975 with a role in the almost-seen-by-someone Mexican film La India. Although the film wasn’t a big hit by any standards, Anaís trudged on, appearing in one little-known Mexican film after another until she made the move to Hollywood in 1981 with a bit part in the Dennis Quaid/Ringo Starr comedy Caveman. The role put Anaís on the map here in The States and for the next few years, she would find a limited amount of success in such films as Triumphs of a Man Called Horse, Beyond the Limit and Gaby: A True Story. In 1984, Anaís landed what may have been her best part ever in an American film, The Evil That Men Do. It was a small role, by all accounts but it was made all the more memorable by the presence of Anaís’ completely naked, beaver-baring, booby-bouncing body. Sadly, she hasn’t done many English-language pics since and her Mexican film career seems to be in hiatus since 1994 with her performance in Caceria sangrienta. Let’s see a whole lot more of this Venus de Melo!

1 Clip
Nude, breasts, bush 00:27:00 Anaís flashes some seriously furry full-frontal flesh for an infinite fraction of forever while getting herself gussied up in the powder room... Hoo-wee!

2 Clips
Nude, breasts, butt, bush 00:14:00 We get to peep all of Anais's triple B's when she eases into the bath, then hops up to help her man after he takes a nasty spill.
Nude, breasts 00:09:00 She demonstrates her impressive changing-shirts-in-a-moving-car skills. Oh, and we get to see her hubcaps.

1 Clip
Nude, breasts, butt, bush, thong 00:48:00 Anaís gets down to NOTHING but a garter and a smile while doing a sexy little striptease for her pals. The music leaves a bit to be desired, but suffice to say, she does the best with what she's been provided!

5 Pics & 2 Clips
Nude, breasts, butt, bush 00:34:00 She drops her toga and gets as naked as the proverbial jaybird, then starts splashing around in a hot tub with some pseudo-Caesar and his pal.
Nude, breasts, butt, bush 01:12:00 Anais and friend are totally nude again (we're talking 3 B's, here, people) splashing around with li'l Caesar in the pool.

2 Pics & 1 Clip
Nude, breasts, butt, bush 01:16:00 Anaís (front and center) appears in all her fully-nude glory in the dressing room (along with a bevy of equally-naked babes) as they expel the gay guy from their midst.

1 Clip
Nude, breasts, bush 01:09:00 Anais walks into a bedroom in a robe that just refuses to stay shut. It's like that big ole bush just WANTS to bust on outta there.

1 Clip
Nude, breasts, butt, bush 00:44:00 Cloudy day be damned, she's gonna lay out on the roof and get a tan anyway. Although we don't get quite close enough to see Anais's anus, we get a nice view of her sunned buns and schloobs . . . and so does the random peeper snapping pics from afar.

4 Pics & 1 Clip
Nude, breasts, butt, bush 01:31:00 Anaís flashes some full-frontal walking out of the river, some tit while talking to Jaime Moreno, some ass walking back to the river, and yet more boobage while baptizing him. Wow!
Live Cams - View all