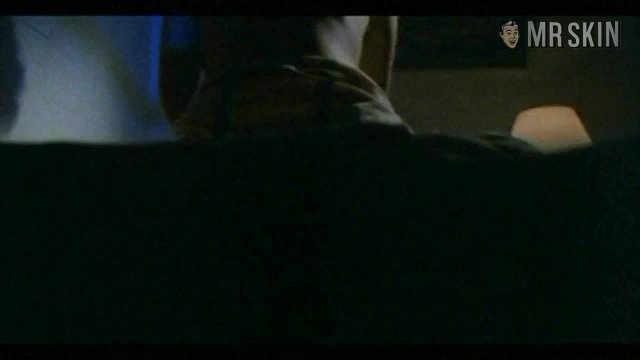 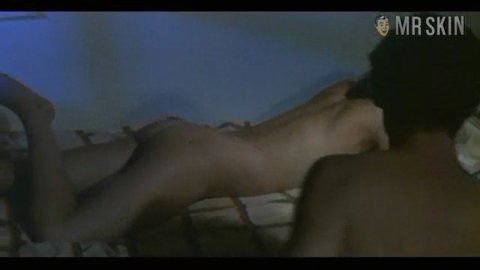 There's Nothing Out There (1991) Nude, breasts, butt 00:34:00 Bonnie bares her right boob and butt when she hops into bed in preparation for some coital fun with John Carhart III... 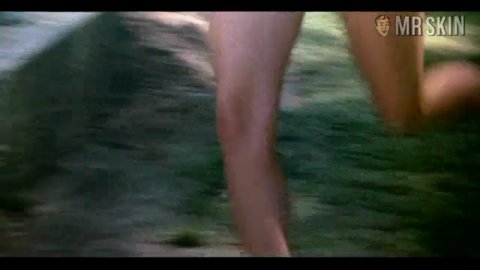 There's Nothing Out There (1991) Sexy, bikini Bonnie Bowers is skintastic in this sexy scene!
+6
More Pics &
Clips >>

Bonnie Bowers isn’t an actress. In fact, she has only appeared in one flick, 1991’s There’s Nothing Out There. She spends most of her time now playing bass guitar in the “experimental band” Bhang in New York City. Her film outing, though, is worth a watch, as just about every chick in it gets naked at some point, which is, of course, what seven teenaged friends are apt to do when they head up to a cabin for Spring Break and are relentlessly pursued by some unmentionable green slimy thing that wants to kill them all. (Oh damn, I just gave away the whole movie…) There are plenty of ass and hooter shots throughout, including a nice spread eagle from Bonnie herself, albeit bikini-clad. Still, it’s pretty cool.

6 Pics & 3 Clips
Nude, breasts 00:36:00 Now that the coital fun has begun, Bonnie's boobs come out for a nice head-on look-see...
Nude, breasts, butt 00:34:00 Bonnie bares her right boob and butt when she hops into bed in preparation for some coital fun with John Carhart III...
Live Cams - View all