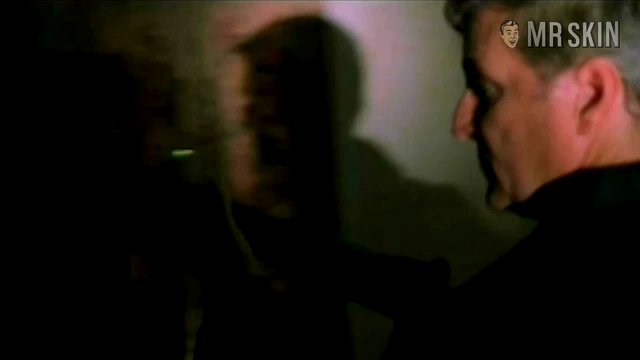 Chrystal (2004)
Nude, breasts 01:13:00 A SWAT team point their flashlights at Lisa, lying on a bed with her hands covering her cooch. You will point your "flashlight" too, after getting a good look at her big ole buoyant breasticles.

An ex-con searches for salvation in the backwoods and bayous of the Deep South in Chrystal (2004), a gothic drama by veteran actor and first-time filmmaker Ray McKinnon. Billy Bob Thornton stars as an ex-convict who’s sprung from jail more than a decade after an earth-shattering auto accident that led to the death of his young son. Returning to his hometown, the man looks for forgiveness from his crippled wife (Lisa Blount) and an escape from the demons of his past. Blount plays a woman who’s partially paralyzed, but she manages to muster mobility when it counts in a pair of spectacular reveals.