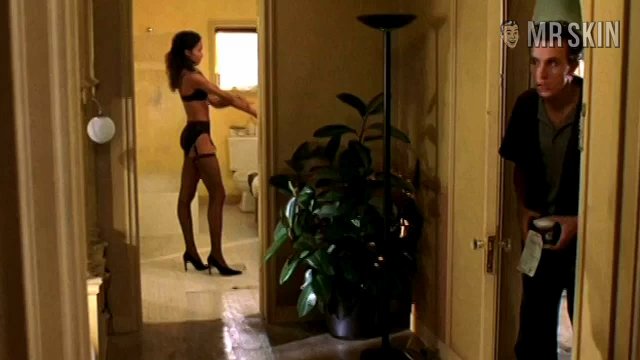 Chene Lawson began her career guest starring on provocative TV like The Shield before landing a role on the UPN pilot All of Us, produced by Will Smith and Jada Pinkett-Smith. Sadly the part was recast and Chene went on to work with Ashton Kutcher on MTV’s Punk’d. The closest she’s gotten to showing off her black beauties is in the romantic comedy 100 Women (2002). Only one, Erinn Bartlett, gets briefly nude, but Chene looks good in her underwear.