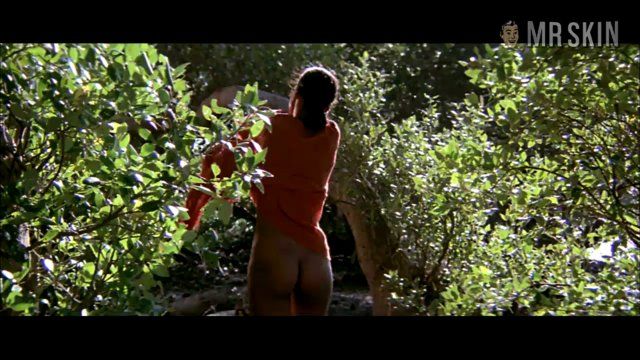 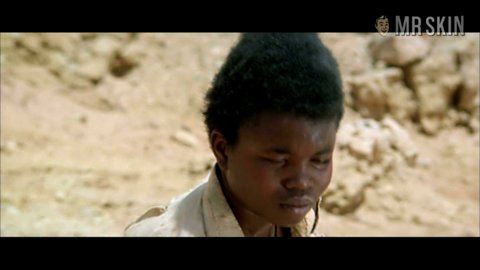 She was the first black supermodel, but Beverly Johnson has had less luck in Hollywood. That's a shame, too, since Beverly combines comic skill with a killer bod in films such as Loaded Weapon 1 (1993) and The Meteor Man (1993). But we take her sole starring role very seriously, since Beverly stripped down to do some skinny dipping in her very early film Ashanti, Land of No Mercy (1979). Check out that fine bod and you can see why Beverly took the coming decade off to rule the world's runways. Her breasts made an acting comeback in the '90s, too, and you can see her 1996 cable anthology appearance in Red Shoe Diaries 15: Forbidden Zone. Otherwise, Beverly's kept us working our Johnsons while she keeps working her body in films such as 54 (1998) and How to Be a Player (1997).

5 Pics & 2 Clips
Nude, breasts, bush, butt 00:07:14 Beverly gives us a look at all 3 B's when she goes for a skinny dip.
Nude, breasts 01:15:40 Beverly is solemnly filling in a grave, and her loose tunic gives a view straight down to her braless boobage.