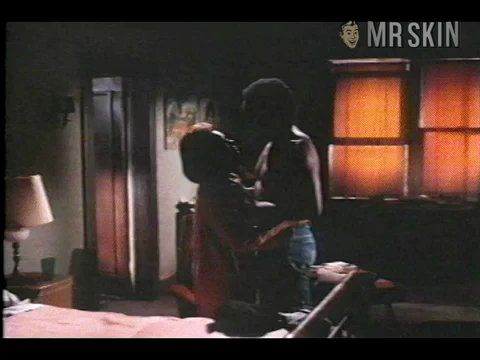 Dead Right (1968)
Nude, breasts, butt 00:39:00 Babs bares boobs and buns while easing into the sack with her loverman. She should have turned on the lights!

Singin', dancin', wise-crackin' Barbara McNair was a whirlwind wunderkind of stage, screen, recording studio, and nightclub revue, with classy, brassy good looks and talent to spare. Musically inclined from an early age, Barbara studied voice at the American Conservatory of Music in Chicago and graduated almost directly to heady highs of performing at the Persian Room in New York's Plaza Hotel and in L.A.'s Coconut Grove. With her sleek moves and svelte looks, McNair's natural segue was into the arenas of movie and TV, giving depth and color to such small-screen fare as The Redd Foxx Show and Mission Impossible. Barbara's big-screen credits include Stilleto (1969), Venus in Furs (1969), and They Call Me Mr. Tibbs (1970). Perhaps her greatest triumph, a monumental achievement for a black woman of her day, was to be host of her own musical variety series, The Barbara McNair Show.

2 Pics & 1 Clip
Nude, breasts, butt 00:39:00 Babs bares boobs and buns while easing into the sack with her loverman. She should have turned on the lights!

The Barbara McNair Show - as Host