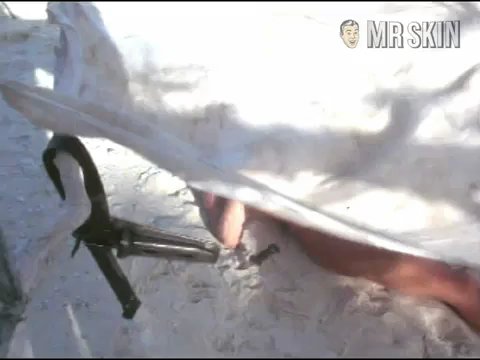 Who among us has not dreamed of being secluded on a remote tropical island with no interfering humans other than a freshly met, amorously accommodating female who looks like she has just been ordered from a top-shelf lingerie catalog? Such is the conceit of Castaway (1987) and also the fancy of its protagonist, as played by esteemed British thespian Oliver Reed. Reed hires a stunningly lithe young beauty, embodied in the film by mouth-watering, lean Amanda Donohoe, to accompany him as man and wife for a year alone on a secluded paradise. Once ensconced upon the isle with Oliver, Donohoe not only refuses to consummate the agreement, she prances fully nude throughout almost the entire film, tormenting her co-star and delighting her audience of fans to equal degrees.