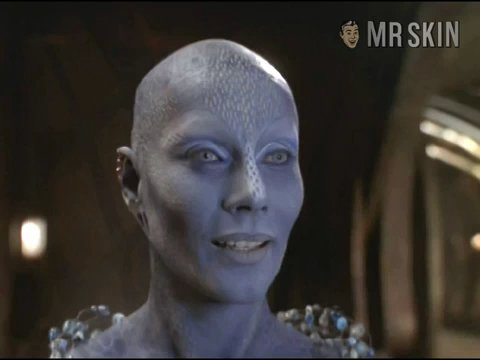 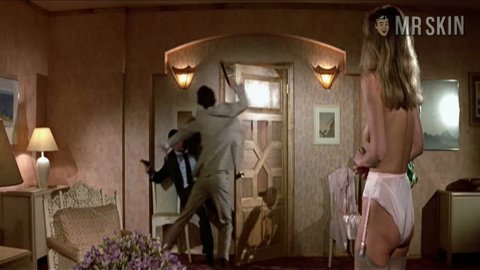 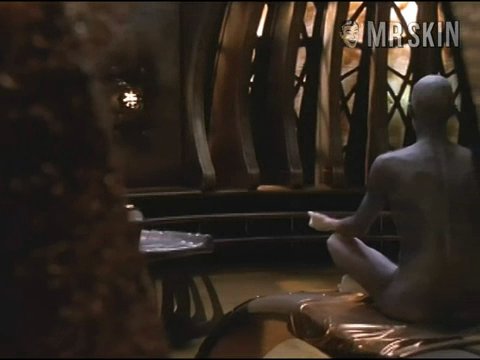 Virginia Hey is most well known for her role as Pa'u Zotoh Zhaan on the TV series Farscape. She quit the show after three seasons, tiring of shaving her head and wearing full-body makeup that put a strain on her kidneys. Being from Down Under, her first big break came in Mad Max 2: The Road Warrior (1981) with Mel Gibson, in which she played the warrior bitch who gave Mel such a hard time. She has also appeared in Castaway (1987) and the ill-fated TV series Dolphin Cove. Her most revealing role to date was in The Living Daylights (1987), when the camera very unintentionally caught a side view of her left breast as she spun away from a gun-wielding maniac. You can also get a damned good look at her butt on an episode or two of Farscape, though it's smothered in odd-colored makeup, if that's your thing. But for Virginia that ain't Hey.