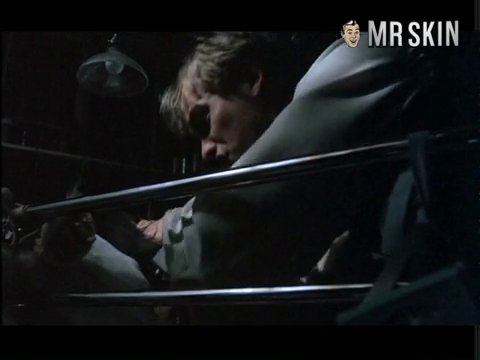 Brimstone and Treacle (1982)
Nude, breasts, bush 01:20:00 Full frontal when Sting pulls down her clothes again. Then a closer shot when she's screaming.

Pop star Sting is strangely believable in Brimstone and Treacle (1982) as a sleazy con man who worms his way into the home of businessman Denholm Elliott. He poses as an old friend of Elliott’s invalid daughter Suzanna Hamilton, who’s as sexy as she is catatonic. This bizarre British drama then becomes a quirky character study, with the audience becoming increasingly baffled by each character’s motivation.