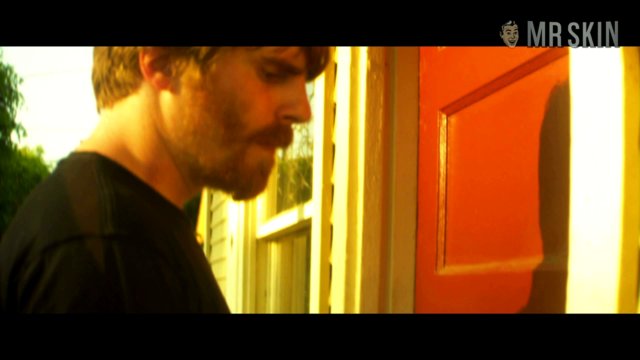 Bellflower (2011)
Nude, breasts, bush, butt 00:53:50 We see Jessie's jiggling jugs as she's getting screwed hard. Another dude walks in, and she bares everything getting dressed.

Bellflower (2011) is guerilla filmmaking at its finest. Made for less than $17,000, this SXSW hit stars Evan Glodell and Tyler Dawson as Woodrow and Aiden, two guys who spend their time holed up in a desert outpost building flamethrowers and other badass weapons.  They’re preparing for the end of the world, which they hope will come soon so their imaginary gang “Mother Medusa” can take over the world. When one of them starts dating blonde stunner Milly (Jessie Wiseman), their unusually close relationship is strained, to say the least. Rebekah Brandes shows some Mad Max mammage getting out of bed 1 hour, 5 minutes in. Plus, Jessie lets her chest flowers bloom in three sexy scenes, and even bares her trimmed front hedge at the 1 hour, 9 minute mark. Bellflower is a movie event of apocalyp-TIT proportions.