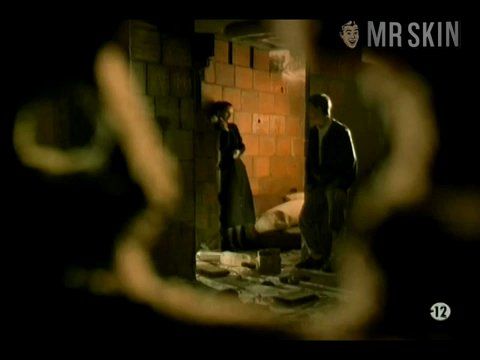 De bruit et de fureur (1988)
Nude, breasts, bush 00:15:00 While a peeping perv watching, she strips down for her guy, exposing some boobs, then some pubes. Nice.

French actress Aurélie Sterling got her start in acting on the TV show Papa Poule back in 1980. She went on to take her hot bod into feature films all throughout the decade, appearing in movies like Un jeu brutal (1983) and De bruit et de fureur (1988), which contained some of Sterlings finer moments of sexiness on the screen. She stands out next to a brick wall in one scene while a couple of guys watch her open up her jacket to show her great gazongas and move her hands down into her panties for a fingering show. Throughout the following decade, Aurélie’s appearances were more scant, and by the new millennium she was working more behind the scenes. Most of her recent work has been as Production Manager or Assistant Director for feature films and TV movies.

1 Clip
Nude, breasts, bush 00:15:00 While a peeping perv watching, she strips down for her guy, exposing some boobs, then some pubes. Nice.