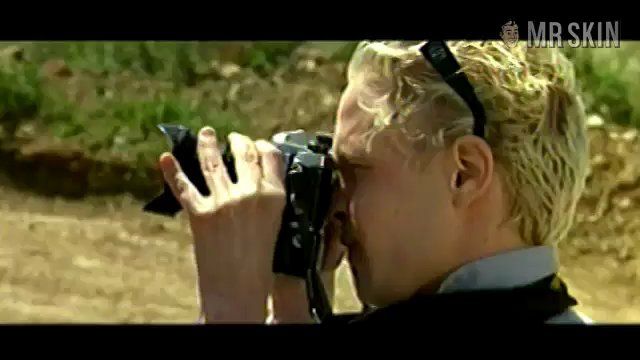 It’s tough to tell if the achingly gorgeous Astrid Combes is any sort of actress, but based on what she showed us in her debut performance, who really cares? Boasting an angelic face and a staggering set of casabas, this fine French female first appeared as a terrifically topless model in Déjà mort (1998), a.k.a. Already Dead, before moving on to a bit part in Sombre (1998) later that year. Aside from an obscure short film entitled Sacacorchos (1999), the astronomical Astrid has been hiding her goodies elsewhere, which is kind of a shame. A few more exports as delicious as this one, and I bet the U.S. and the French could be friends again! Ooh la la!