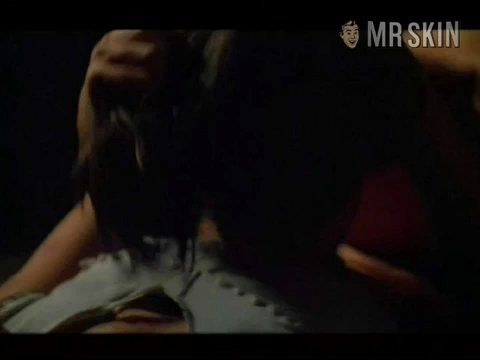 Another Day in Paradise (1998)
Nude, breasts 00:16:00 Natasha gets her nasty on with Vincent Kartheiser, baring her incredible hooters in the process. ¡Esta claiente!

Another Day in Paradise (1998) is obviously an ironic title, as it comes from the dirty mind of prurient photog turned perverse filmmaker Larry Clark. The story follows Vincent Kartheiser as he leaves a bed warmed by the fetchingly naked body of Natasha Gregson Wagner and nearly gets beaten to death after ripping off a vending machine. He should have left well enough alone and stayed in the sack with his sweetie. Instead, he hooks up with veteran crook and junkie James Woods and his girlfriend, the always alluring Melanie Griffith. Things go from bad to worse, as this crime thriller exposes the dark underbelly of criminality. Thankfully, it also exposes the plumb under-shirt charms of Natasha in a hot sex scene. That day in paradise is not only sincere, it's superb.