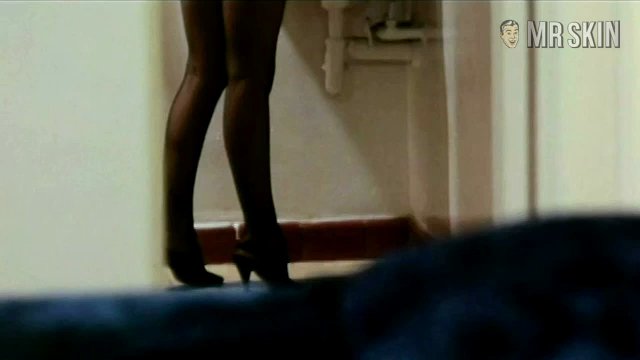 Angel (1984)
Nude, breasts 00:31:00 Yeow! Fill your corneas with the stunning vision of this silver fox in sexy underwear and nothing on top. Dem titties are rock solid!

As if poor Donna Wilkes, as the title character in Angel (1984), doesn't have enough on her pretty hands. Abandoned by her parents, this prep-school honor student has been supporting herself as a hooker since she was twelve years old. Now someone is killing the streetwalkers of Hollywood Boulevard and Angel becomes an avenging angel with a gun. The former Days of Our Lives soaper and Jaws 2 (1978) star leaves the nudity for her coworkers. Donna McDaniel, of Hollywood Hot Tubs (1984) fame, is ogled topless and dead by the killer in her sole skin onscreen. Last seen, or lust obscene, in My Tutor (1983), Graem McGavin gets to show off her treasured chest while living and then after she's murdered. There's also a shower scene in which there's more muff than you can get your hands on, though Mr. Skin suggests you try.