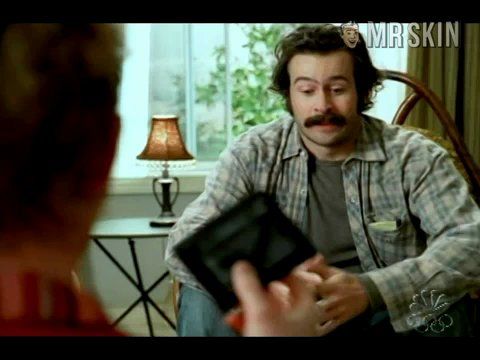 My Name Is Earl (2005-2008)
Sexy, bikini Ep. 01x12 She hops out of the tanning bed and has a chat with Jason Lee, her shockingly bronzed form poured into a string bikini.

Adria Dawn is a lithe redhead with a small top that's built for speed. She's just a slip of a woman but has yet to expose herself without a slip on. She's been acting since making her debut in the film Blessings from the Food Court (1999) and appearing as Carol Overhill on a couple episodes of 7th Heaven. But it was her recurring role on Popular that really made her popular with fans. She continues to be seen on the boob tube, having been on a couple episodes of Felicity, Judging Amy, and Boston Public, as well as most recently showing up on NCIS. But it's her cameo in My Name Is Earl that made her name a skin-hold word at Mr. Skin. She pops out of a tanning machine a sickly orange, but who cares when she's barely wearing an itsy-bitsy bikini? Lose the bikini, Adria, and your name will be legendary!