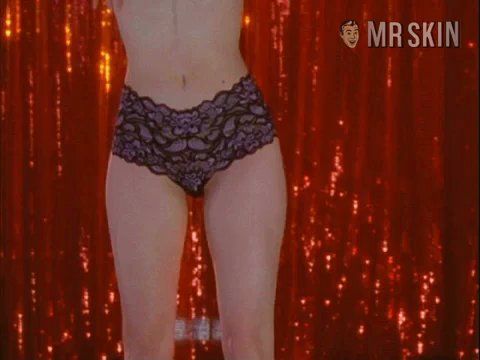 Brunette babe Nina Tapanin made her debut as a stripper in Hatchetman (2003), baring her natural knockers on stage. Nina followed with roles in the hardboiled drama Wash Dry and Spin Out (2003) and the corrupted stockbroker flick Red Lightning (2005). Unfortunately both roles called for Nina to keep her boobs covered. Also in 2005 Nina got non-nude in the drama-fantasy Witches of the Caribbean (2005). But again she kept her cauldrons covered. Maybe it’s time for Ms. Tapanin to play a stripper again.