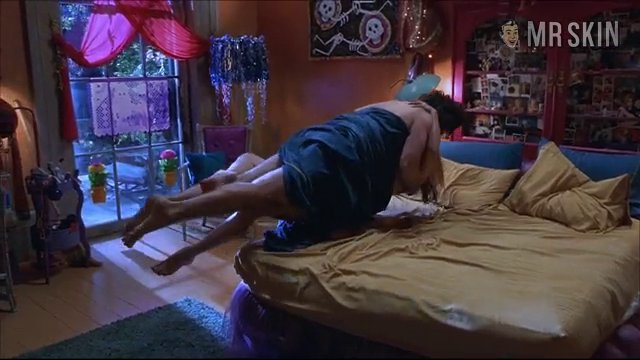 Always take your Vitamin C, says Mr. Skin. The svelte, orange-haired hottie was born Colleen Fitzpatrick (lucky Patrick), and began her career as the nemesis of rotund Ricki Lake in John Water's Hairspray (1988). Vitamin C followed her little lungs into a career change as a singer in the British band Eve's Plum. While audiences watered over Vitamin C's plum, her big success came in 1999 with the release of her chart-topping solo album. From here on out the "C" in Vitamin C stood for cinema, as she returned to the big-screen as herself in Da Hip Hop Witch (2000), Scary Movie 2 (2001), Get Over It (2001), and the TV series with the funny name, The Andy Dick Show. Yes, Vitamin C is good for you, especially when it comes in female form.

The Andy Dick Show - as Herself