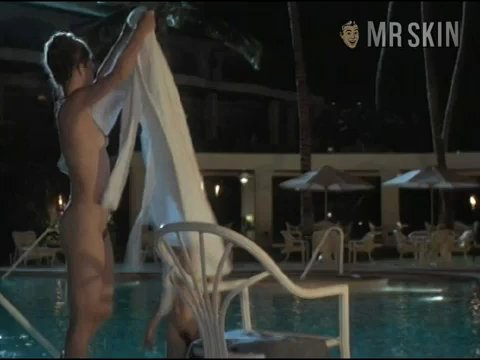 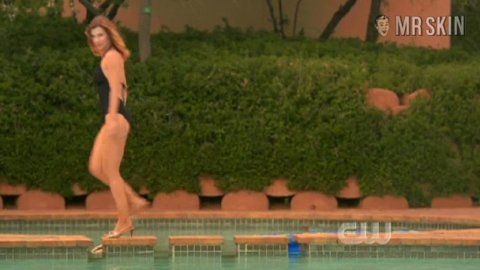 Life Is Wild (2007) Sexy It isn't a bikini, but it will have to do--Stephanie wears some slurpingly sexy swimwear while at the pool with her husband.
+6
More Pics &
Clips >>

From Bangor, Maine, to the college campuses of North Carolina to the hills of Hollywood to the mean streets of Salt Lake City, Utah, such are the landmarks on the far-flung path taken by sparkling pale blonde Stephanie Niznik in her pursuit of dramatic stardom. Fine-featured, cerebral, light as a gossamer pastry, Stephanie came to life in Bangor and earned a Masters in Fine Arts from North Carolina's Duke University and promptly put the diploma to use in stage productions of Crimes of the Heart and Dial M for Murder. Matinees led to sound stages with guest spots on Dr. Quinn, Medicine Woman; JAG; and a plethora of others, which eventually won the upwardly mobile career girl the coveted next-door-neighbor role on the surprise-hit series Everwood, filmed in Salt Lake City. At home in Hollywood, formerly nasty Niznik must reflect that all the males in Utah will be ever wood if they ever happen upon her full-frontal exposure in Exit to Eden (1994).