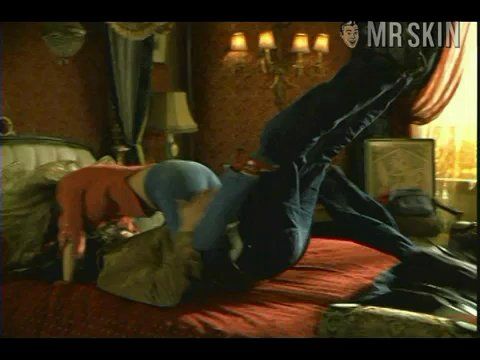 After a featured role at the age of 13 in Whoopi Goldberg’s singing-nun comedy Sister Act 2: Back in the Habit (1993), for which she co-wrote the song "Pay Attention," Australian-born actress and singer Valeria Andrews started appearing in stage productions and lived in rented rooms when her father was deported back to Australia. Her next film role was in the Ashton Kutcher comedy Just Married (2003), where she showed off her melons when she stripped down to a bra. Since then she has been on episodes of American Family, George Lopez, and Freddie, none of which have given her the opportunity to take anything else off. Hopefully she’ll soon get back in the habit of taking it off.