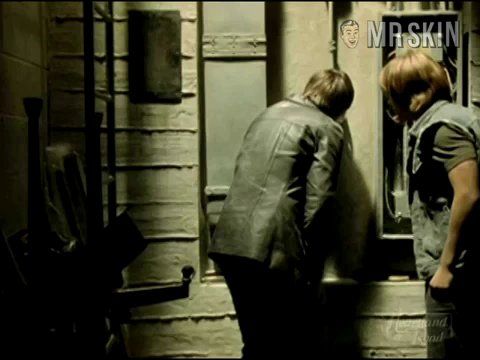 The Incredible Mrs. Ritchie (2003)
Nude, breasts 00:11:00 Two teenaged hooligans use a peephole to spy on Mrs. Ritchie and her incredible, post-shower pokers.

The lovely and olive-skinned Tresa Gibson doesn't have a ton of credits to her name, but she's definitely made herself an unforgettable screen presence in her few roles. She has done one feature film, Maybe (2003), one short film, Pavane for a Dead Skunk (2004), and one made for TV movie, The Incredible Mrs. Ritchie (2004), so she's worked in several mediums. To see this Canadian cutie's casabas, check her out in The Incredible Mrs. Ritchie where she's spied on while in the shower! Tresa has a towel on her head, and not on her chest, which is great news for lactoid lovers everywhere! Tresa Gibson will have you rubbing your rib, son!