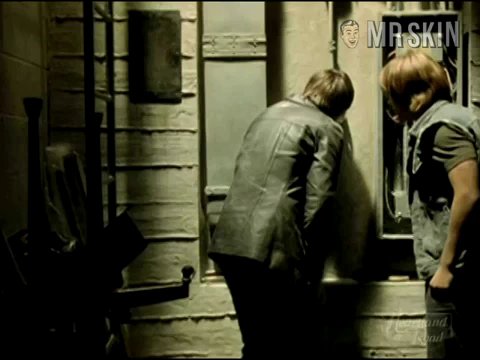 The Incredible Mrs. Ritchie (2003)
Nude, breasts 00:11:00 Two teenaged hooligans use a peephole to spy on Mrs. Ritchie and her incredible, post-shower pokers.

Kevin Zegers stars in The Incredible Mrs. Ritchie (2003) as an incredibly obnoxious teen who’s always getting into fights. The school principal is James Caan, so it’s surprising that the kid doesn’t end up expelled through a window. Maybe Caan appreciates the kid’s tendency to spy on naked girls. Anyway, Kevin has to choose between being kicked out of school or doing household tasks for a strange old lady. Since the old dame is Gena Rowlands, the teen is probably hoping for a Mrs. Robinson kind of storyline. Instead, it’s all so much heartwarming stuff--although Tresa Gibson also heats up our crotches when Kevin spies on her incredibly rich missiles!