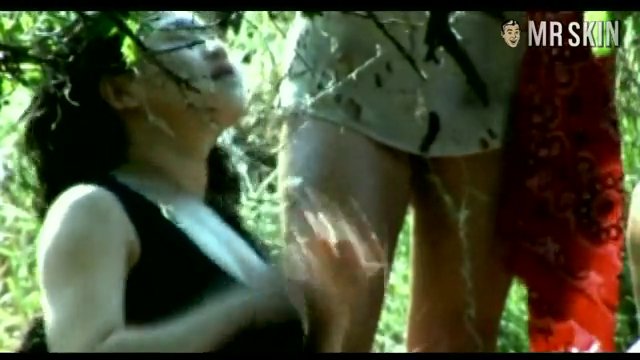 Early on in the century, actress Tracia Daye had a brief acting, writing, and producing career. She came onto the scene with a bang by writing, producing, and acting in a short film called Sex and the Green Card (2003). Following this project she turned solely to acting, appearing in a TV series called Girlfriends in 2004 and a short, The Message (2005). It seems that her most prolific year was also her last. In 2005 she also appeared in Ride Sweet Die Slow (2005) and Pastor Jones (2005). In the former role Tracia shows a little bit of bottom crack as she struts across a forest setting amongst a bunch of other babes who are suiting up. But it looks like we’ll have to kiss this derriere goodbye, because it’s been quite a while since Tracia has had any more acting output.