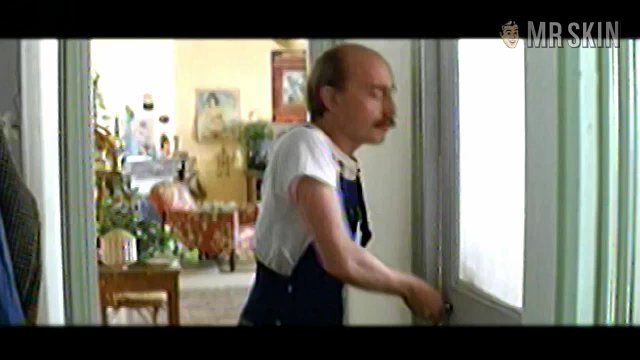 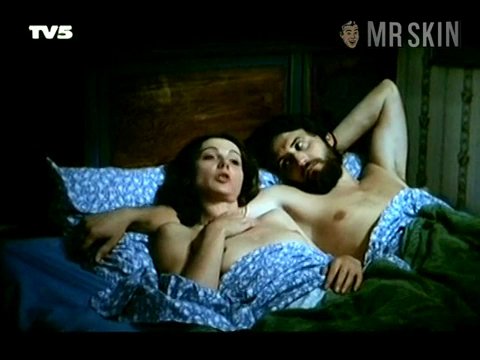 Thérèse is one of France’s most recognizable actresses. It’s easy to see why… She’s been in over 40 television and cinematic productions since her debut in the 1973 mini-series Molière pour rire et pour pleurer. With that many roles under one’s belt, how could you be anything but a huge star?Surprisingly, Thérèse has been, largely and for the most part, fairly Skingy in her career, considering all the productions she’s been a part of… and the fact that she’s French. (All Skinophiles know of the legendary propensity of French actresses to shed their threads on screen… Why else would we watch foreign language cinema?) That’s not to say that she’s never been naked in a film. Thankfully, in 1981, Thérèse finally got around to getting nude for Mr. Camera in the comedy Viens chez moi, j’habite chez une copine. And when she did get around to flashing her flesh, she went all out, showing off every inch of her fantastic frame in a full-frontal shower shot that we think may have been meant to be “funny…” It was hard to tell, though, considering that we were pretty much homed in on her fluffy muff and perky pimples… Everyone has their weaknesses, right?

4 Pics & 1 Clip
Nude, breasts, butt, bush 00:24:00 Thérèse flashes full-frontal flesh in the bathroom, then proceeds to provide a nice peek at her perfect posterior when Blanc walks in.

6 Pics & 1 Clip
Nude, breasts 01:41:00 Therese shows off her adorable ta-ta's in the afterglow of love in bed with her bearded man.