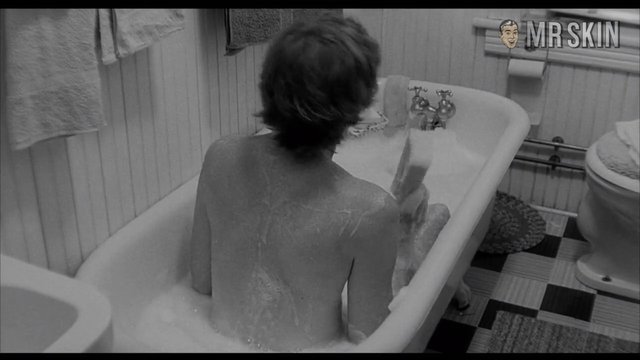 The Honeymoon Killers (1969)
Nude, breasts 00:23:00 Brief nip-peekage as she bathes with her back to the camera. Could be a BODY DOUBLE, but they'd have had to look pretty hard to match Ann's, um, "seasoned" physique.

Based on a true series of murders, this cult classic tracks the devious crimes of obese nurse Martha Beck (Shirly Stoller) and her seedy con-man boyfriend Raymond Fernandez (Tony LoBianco). Throughout the late 1940s, this corrupt couple used "Lonely Hearts" ads to lure old maids under the spell of low-rent Latin lothario Raymond and then murder them in order to steal their life savings. Among the victims is a desperate biddie played by Ann Harris, who shows a bit of right nippage from behind during a bath scene. This Honeymoon isn't pretty, but it's a great, thrilling slice of ugliness given the beautiful treatment it deserves in a two-disc DVD package from the Criterion company. SKINFO: Famed filmmaker Martin Scorsese was fired as the director of The Honeymoon Killers after just one week. He was replaced by the film's screenwriter, Leonard Kastle, who co-directed with Donald Volkman. Neither of these talents ever made another movie. Reports have it that Scorsese did go on to some success, however ….