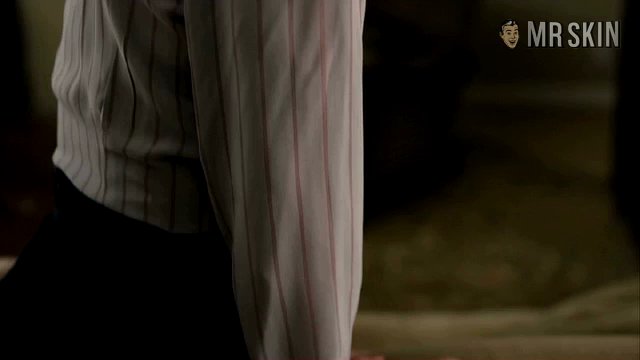 The Future (2011)
Nude, butt 00:42:38 Miranda's man hikes up her skirt and pulls down her drawers, offering a nice view of her sublime sitter.

Ever wonder what the cat thinks of you and your girlfriend? Well, you can find out when you gaze into The Future (2011). When Sophie (Miranda July) and Jason (Hamish Linklater) adopt a cat named Paw-Paw (who narrates the film), the vet tells them she has five years left to live. This triggers the realization that in five years, both Sophie and Jason will be 40, leading to a collective existential crisis. The course of time and space is literally altered, and their relationship is put to the ultimate test, as these frustrated artists scramble to accomplish their goals before it’s “too late.” You can see the future in Miranda July’s butt when she lifts up her skirt to entice a guy 43 minutes in. Will you be stroking your Magic 8 Ball? Signs point to yes.