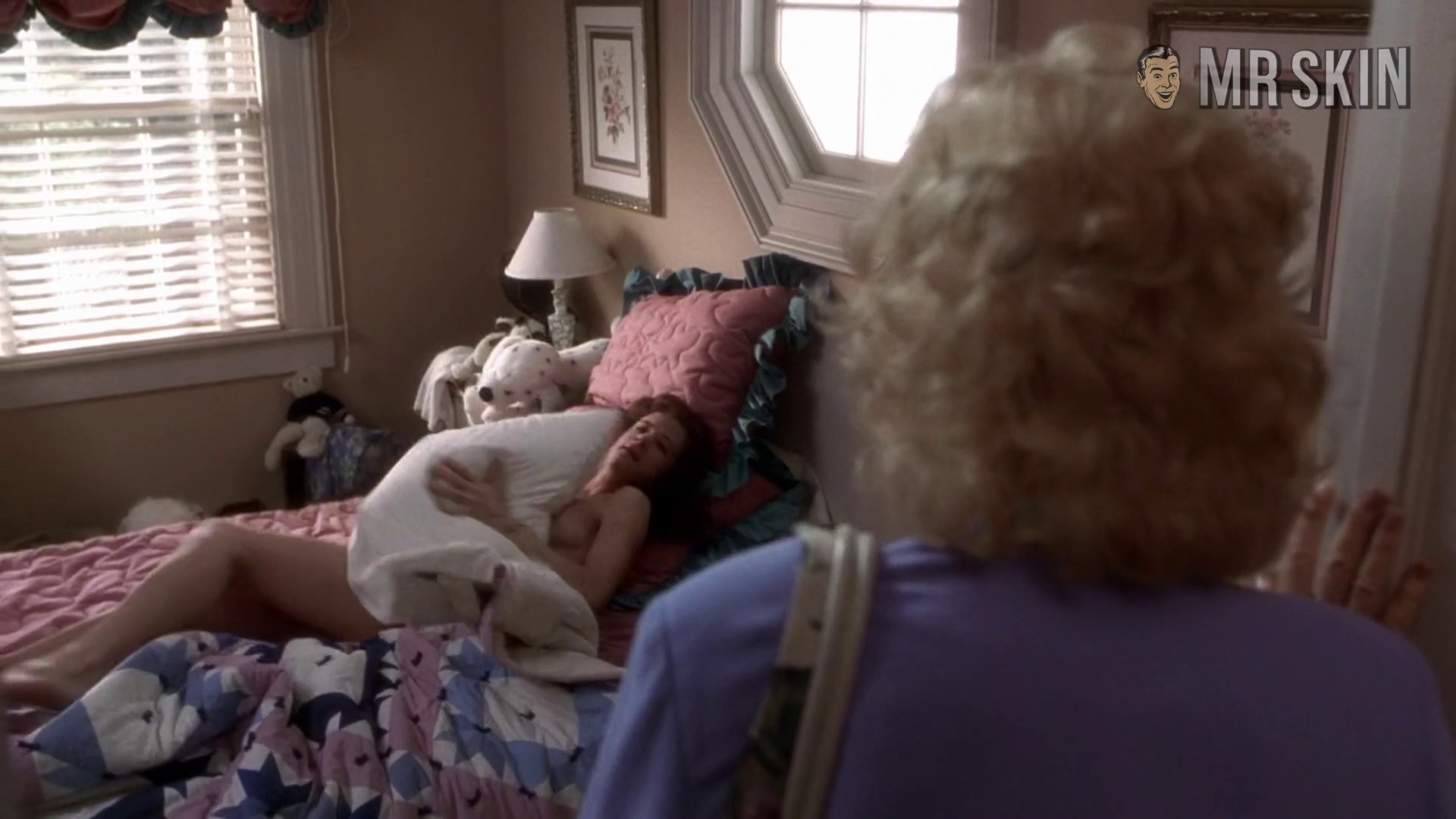 The Evening Star (1996)
Nude, breasts 00:07:30 Shirley MacLaine walks in on Juliette and a guy getting busy and Juliette quickly covers herself with a pillow, though we get a nice look at her left breast as she adjusts the pillow!

The Evening Star (1996) is the unconventional sequel to Terms of Endearment in which lovable grandma Aurora Greenway (Shirley MacLean) deals with the death of her daughter by helping out her troubled grandchildren. Her grandson is in prison, her other grandson struggles with poverty, and her mouthy granddaughter lives with her and has the honor of being played by Juliette Lewis. Juliette is never shy about nudity and this film is no exception. We see her boobs when granny catches her in the act by opening her bedroom door while she's having sex. Check out those globes before she covers her chest with a pillow. There's another super sexy scene from Antonia Bogdanovich - daughter of famed director Peter Bogdanovich - when she's on top of a man when Juliette walks in on them having sex. Antonia is the other woman, but unlike the other woman, she doesn't show her boob. if you like scenes where people walk in on other people having sex, then look toward the Evening Star.