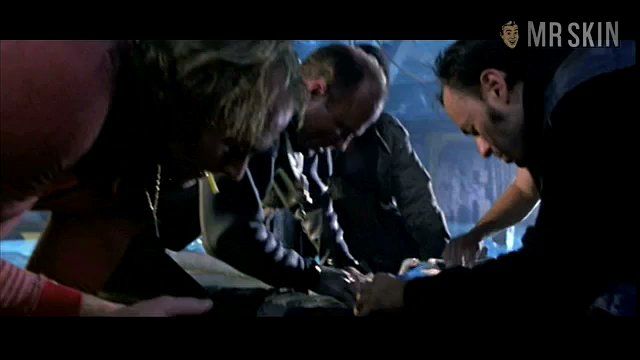 The Abyss (1989) sort of reads like Das Boot (1981) meets Close Encounters of the Third Kind (1977). The members of an oil rig get called upon to rescue a sunken nuclear sub, but things get really complicated by man-made sabotage and otherworldly interference. If it sounds a lot like Aliens (1986), it may be because James Cameron directed that too. Even in flannel and denim, Mary Elizabeth Mastrantonio looks so good, it's a wonder Tony Montana doesn't shoot up the oil rig in a jealous rage. "You lookin' at my seestor? Say herrro to my leetoe Friennn!!!"