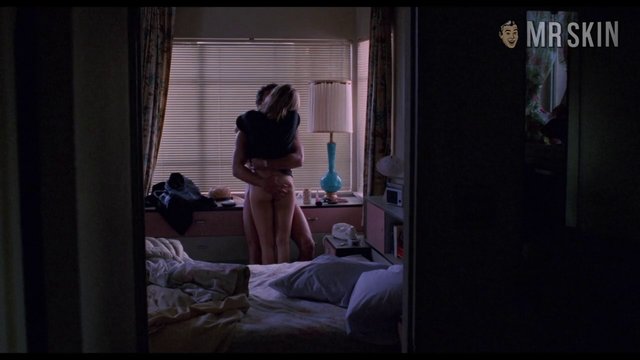 If money is the root of all evil, then counterfeit money is really nasty stuff. The U.S. federal government has a law-enforcement arm, a branch of the Treasury Department, that specializes in policing fake-cash crooks. Its agents are every bit as rough and tumble as the most reckless undercover narc, and it is only fitting that their movie, To Live and Die in L.A. (1985), should be directed by William Friedkin, creator of the classic cops-and-dopers thriller The French Connection (1971). Like Connection, To Live and Die in L.A. is packed with grim locations, gritty dialogue, whiplash-inducing camera work, the clash of testosterone titans, and a chase scene that would set the bar for imitators and emulators for decades to come. Plus there’s plenty of breasts from two f-able babes, Debra Feuer and Darlanne Fluegel, and a soundtrack by Wang Chung!