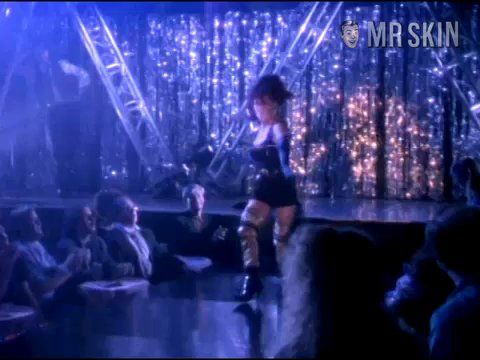 If Tanya Moon doesn’t flash her ass on screen then there’s no truth in advertising. We’re sad to report that answer is that she doesn’t expose her butt. Before you become completely disillusioned, though, note that Tanya does let her floppers come out to play, a lot. The first time was in her sophomore effort, a thriller about a young woman who gets into the stripping business, called Sunset Strip (1992). Tanya is seen working the pole on stage, and though she only shakes her naked breasts, you’ll be working your pole watching her. Then those boobs return for The Eye of the Serpent (1994). She continued making irreverent movies, such as Lap Dancer (1995) and, finally, Dirty Jokes the Movie (2008), but she’s the dirtiest joke of them all.