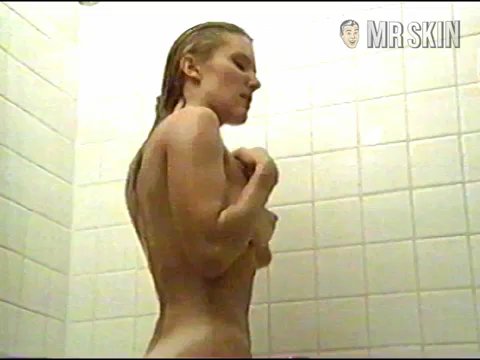 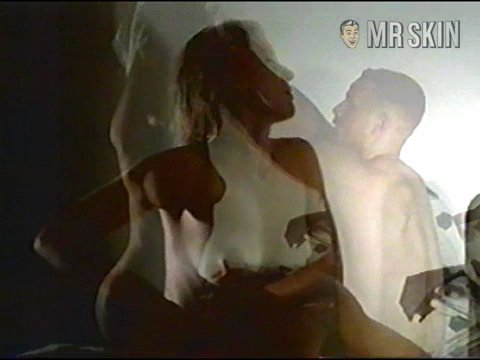 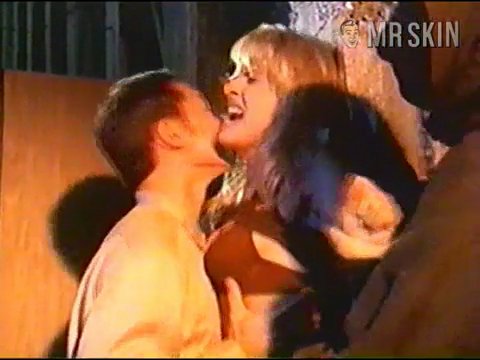 The Strike (2001) Sexy, underwear Stephanie Sinclair is skintastic in this sexy scene! 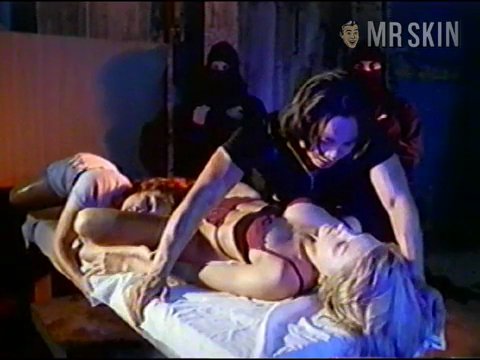 Coming to a B-Movie near you…Stephanie Sinclair started her career with a supporting part as “Bar Girl #3” in the low-budget (yet surprisingly mildly amusing) comedy Smooth Operator in 1995. After another bit part, this time in 1997’s The Unreliable Narrator, her career finally took off (as did her clothes… a coincidence… ya think?) with a fairly hefty part in the 2001 thriller The Strike. Although the film was completely ignored by the ever-so-harsh Academy of Motion Picture old Farts and Sciences, we here at Skin Central enjoyed it immensely, mostly because Stephanie bared her big, beautiful breasts during many a sultry scene. She even went so far as to flash her love-muffin but unfortunately, the lighting guy was on break, beating himself… up or something, because it’s too dark to make much out… and it is something with which we’d very much like to make out! It’s pretty hard to miss those marvelous massive melons, though, especially when she takes the gratuitous shower that every good thriller flick always includes. Steamy, wet and naked. It doesn’t get much better than that!

5 Pics & 5 Clips
Nude, breasts, butt, bush 00:11:00 All three B's as Stef finishes up in the shower, and more frequent funbags when she's towelling off.
Nude, breasts 00:16:00 Bouncing breastages as Steffie gets sexual with her man.
Live Cams - View all