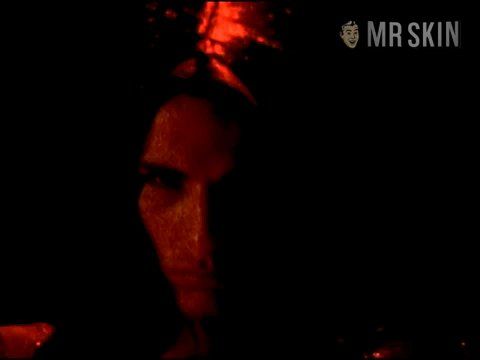 Better known as Jennifer Autry, Christina Anderson got an early start in screen acting with her first TV commercial gig at age 11. She did her studies at the University of Minnesota, where she got her degree in Communications, and afterwards began traveling for corporate gigs as a spokeswoman for Fortune 500 and 100 companies. With this experience she made her way into the world of professional trade show presenting. In the meantime, she’s also done some film work, including the 2005 horror video Switch Killer, in which she plays Silvia, a stripper. This big breasted blondie modified her hair to red for the film and does a sexy striptease for the killer. There are a few good seconds of exposed boobage before she gets her throat slit. Christina has gone on to act in the films Fateful Findings (2013) and Dragon Day (2013).