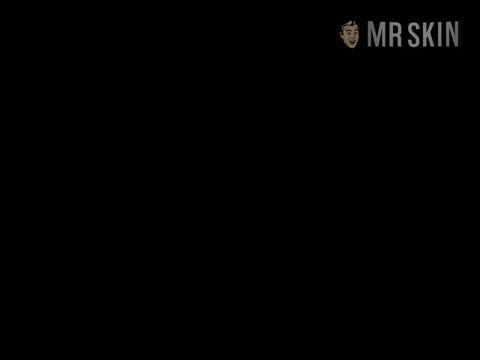 Ed Gein (2000)
Nude, breasts 01:00:00 Creepy killer Ed dreams of gorgeous Heather sitting in his room, wearing a Nazi armband and not much else. Awesome boobs!

After doing some commercial work as well as some print advertisements with her modeling, Heather Gettings made her way into motion pictures around the year 2000. She got a BA in Marketing and Fashion Design, and enjoys winter sports like ice skating, skiing, as well as other sporty activities. She appeared on a couple of TV shows throughout the 90s, including supporting roles on soap operas like Days of Our Lives, The Young & the Restless, and General Hospital. But one of her best film roles, at least according to Mr. Skin, was her role as a Nazi Girl in the biopic thriller Ed Gein (2000). While casual Eddy is reading a book about Nazis, he looks over to find Heather completely naked besides donning a Nazi cap and armband. The blonde beauty bares her breasts oh so briefly, but it’s still quite the pretty picture.

3 Pics & 1 Clip
Nude, breasts 01:00:00 Creepy killer Ed dreams of gorgeous Heather sitting in his room, wearing a Nazi armband and not much else. Awesome boobs!
Live Cams - View all