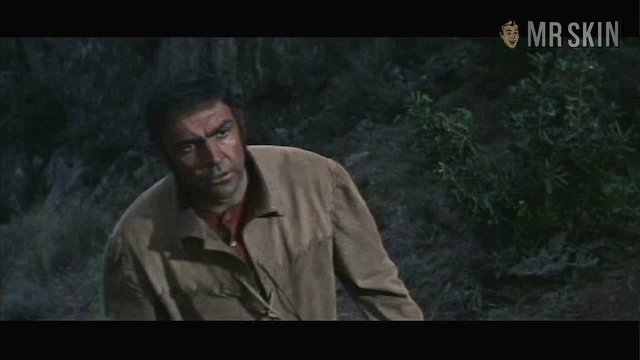 Ever wonder what a western movie would be like with a Scotsman and a French girl? If so, check out Shalako (1968), starring Sean Connery and Bridgette Bardot. Based on the novel by Louis Lamour, Shalako is the hunter and tracker who’s job it is to stop some unwieldy Native Americans from endangering some European hunters. Amidst all the gunfighting, good guy vs bad guy signals, we can some decent content from Bardot, this being a PG movie after all. There’s no outright nudity from the French femme, but she is topless in a scene, using her hands to keep her nips covered. Connery, fresh off his stint as the original Bond, still maintains his way with the ladies on screen, and goes in for a make out sesh while her gazongas are out. Even when her guns are out and ablazin’, he walks into the line of fire.