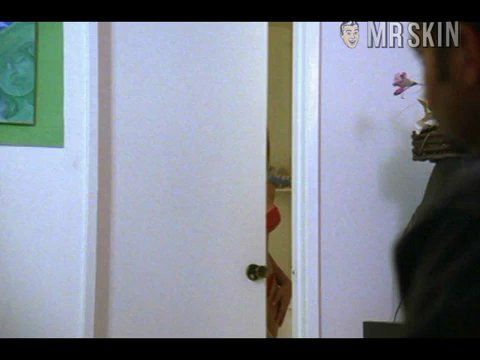 For da Love of Money (2002)
Sexy, underwear Sacha Kemp is skintastic in this sexy scene!

When your first three professional acting credits are in I Got the Hook Up (1998), Trippin’ (1999), and an episode of The Jamie Foxx Show, well, then it’s no surprise that you’re a beautiful black actress, which is exactly what Sacha Kemp is. What is surprising for a woman who appeared in a movie called Malibooty! (2003) is that she’s never shown her booty on film. The closest Sacha’s come to skin was in the comedy For da Love of Money (2002), where she dances around in her red underwear. For the love of everything, Sacha, get naked!