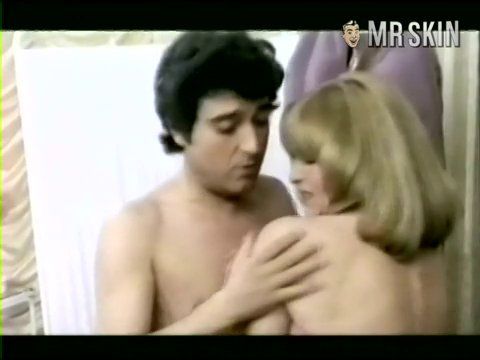 ¡Qué gozada de divorcio! (1981)
Nude, breasts, butt, bush 00:32:00 Pratt shows posterior and poonters while a lucky masseuse gets to work over her rear, and when she jumps up to argue with another couple -- fulllllllll frontal!!!

Breaking up is, agreed, hard to do, but a sundering of romantic bonds can also be quite humorous, especially if neither half of the splitting couple is you. Taking the romantic comedy to its cynical but mirthful conclusion, the Spanish giggle factory ¡Qué gozada de divorcio! (1981) combines likable but feckless characters in outlandish but familiar situations and does for spiteful, acrimonious recrimination what a fluffy diversion along the lines of Sleepless in Seattle (1993) does for compounding erotic compulsion that leads to rash and ill-advised lifelong financial vulnerability. Plus, ¡Qué gozada de divorcio! works its charm in a peppery language while popping from bedroom to bedroom in a spicy foreign locale!