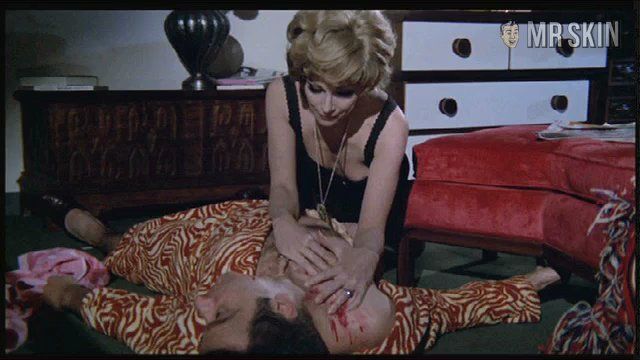 In the Folds of the Flesh (1970)
Nude, breasts 00:16:00 James Dean's former lady love slips some left side nippage when she plays in the blood of a dead dude. Bloody awesome! 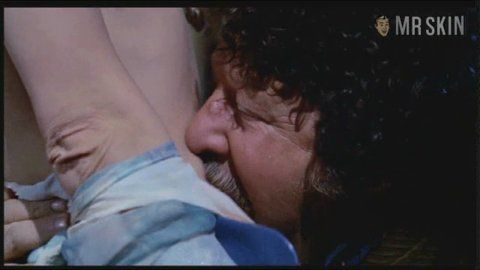 Anna Maria Pierangeli created her stage name by splitting her last name in half. Her twin, actress Marisa Pavan simply made up her name. Pier was the wife of 50’s recording artist, Vic Damone, by whom she had one son, Perry Damone who became a DJ for 99.9 FM in Phoenix Arizona.Her life and antics were as much in the news as her films. Typically she would make 2 or 3 movies and then live hard until she had to make 2 or 3 more. The great love of her life was James Dean, with whom she was very much in love. Because he was not Catholic her mother helped arrange Pier’s marriage to Vic Damone. In one of her last letters, she wrote that the only man she ever really loved was the rebel himself, James Dean. Rather than turn 40 she committed suicide, shortly after her only film with brief nudity was released: In the Folds of the Flesh. Pier was found dead due to a barbiturate drug overdose in her Beverly Hills, California home.

3 Pics & 2 Clips
Nude, breasts 00:16:00 James Dean's former lady love slips some left side nippage when she plays in the blood of a dead dude. Bloody awesome!
Nude, breasts, body double 00:45:00 BODY DOUBLE: it's a grope-a-thon as some gross guy grabs Pier's body. The right boob belongs to a double, though.
Live Cams - View all