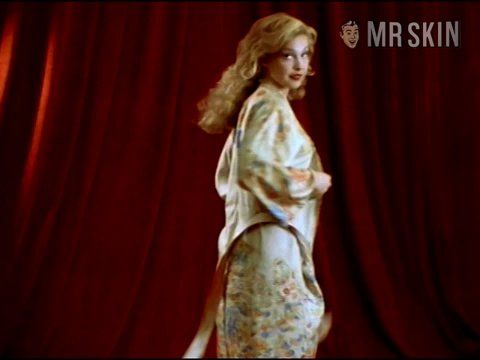 In one of the best ideas to ever emerge from the HBO brain trust, the Marilyn Monroe biopic Norma Jean and Marilyn (1996) provides us two nude beauties in one role. Ashley Judd portrays the starlet back when she was still known as Norma Jean Dougherty. Mira Sorvino then steps in to cover the legendary Hollywood years. It’s a tawdry look at the legend, beginning with Judd’s portrayal of Marilyn as a desperate gal clawing her way to the top. Fortunately, this includes plenty of nudity, including a recreation of Marilyn’s notorious Playboy nudes. Mira’s fairly chaste while playing the established star, but she also packs plenty of sex appeal into a fairly depressing tale.