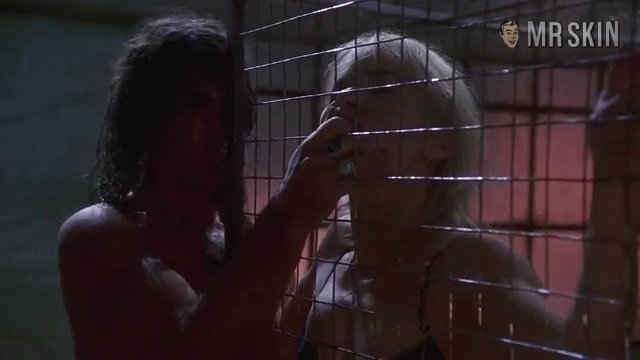 Never Talk to Strangers (1995)
Nude, breasts 00:34:00 Rebecca offers a quick front-look (and a lengthier side-shot) at the papayas as she earns a stand-up screw from Antonio Banderas in a monkey cage.

The role seems better suited to Shannon Tweed, but Rebecca De Mornay gives a fine performance as your typical sexy and frigid police psychologist in Never Talk to Strangers (1995). She’s always stayed emotionally distant but naturally makes an exception for a particularly vulgar suspect trying to beat the rap by claiming Multiple Personality Disorder. It probably helps that the guy’s played by Antonio Banderas. Anyway, De Mornay’s soon being stalked and has to find out if the psycho is Banderas or somebody else in a cast full of red herrings.