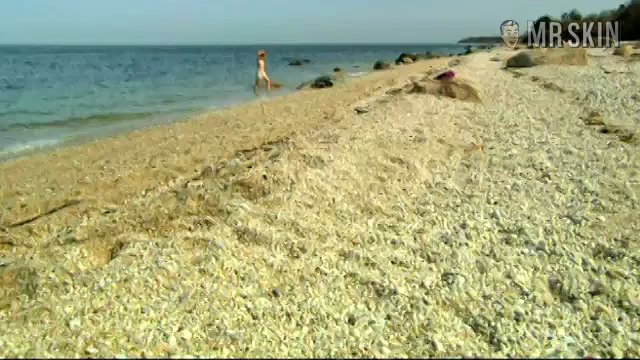 Infested (2002)
Nude, breasts 00:22:00 Johnstone shows her nahannis to great effect as she emerges, topless, from the ocean.

So far Nahanni Johnstone is probably best known to skinophiles as Mindy in the straight-to-video horror/Big Chill (1983) parody Infested (2002). Nahanni has a great scene where she goes swimming topless then walks onshore with her perfect C (or are those D?) cups a-bouncing before she puts on a T-shirt. Before Nahanni and her twins landed this breakout role, her film roles included Love in the Time of Money (2002) and The Doghouse (2000). Her more respectable, but less skinorific, work has been on television, in series such as Third Watch (as Nicole in 2000) and Liberty Street (as Cynthia in the 1995-96 season).

11 Pics & 1 Clip
Nude, breasts 00:22:00 Johnstone shows her nahannis to great effect as she emerges, topless, from the ocean.