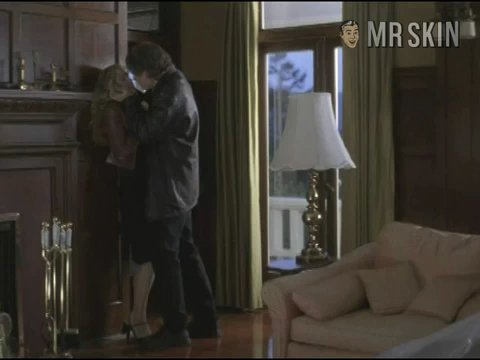 Black Point (2001)
Nude, butt A guy tries to get Susan out of her clothes, flashing her panties as he lifts her skirt up! 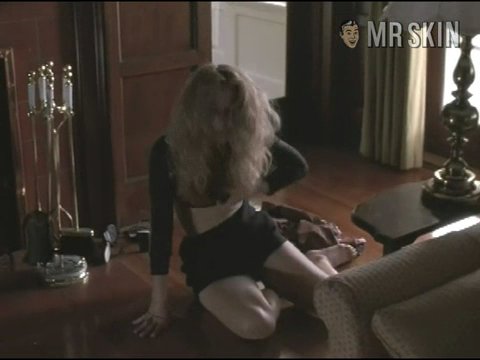 Susan Haskell is another sexport from Canada. The blue-eyed, blonde, busty beauty left her native Toronto and pointed her heavenly hills for fame and fortune in the Hollywood Hills. Her exquisitely erotic body had already gotten her lots of modeling work as early as age sixteen. But once in Tinseltown her talents were applied to more ribald fare. Her movie debut came in the sci-fi comedy The Pink Chiquitas (1987). She played one of the many Pink Chiquitas, earth girls made easy thanks to the nymphomaniac virus of a downed pink meteor. While she continued to strut her big stuff on the big screen in films such as Strictly Business (1991), it was on the boob tube that Susan found success, but not skin. She added her tempting figure to daytime soaps such as One Life to Live and Port Charles and is JAG-off hot on the hit drama JAG. The closest this comely lass has come to showing off her meaty ass was in the movie Black Point (2001). Susan let her ample cleavage tease and even stripped down for an aggressive gropefest, but if any tasty bits are truly revealed, they're brief. Here's a blue pitch for you, Susan: Get thee into nudity!

3 Pics & 2 Clips
Nude, butt A guy tries to get Susan out of her clothes, flashing her panties as he lifts her skirt up!

One Life to Live - as Dr. Margaret 'Marty' Saybrooke