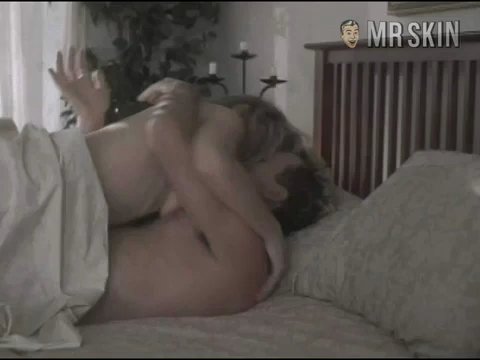 Trail of a Serial Killer (1997)
Nude, breasts 00:53:00 Thea bares her bodacious breasts during this sultry sex scene with Shawn Doyle. 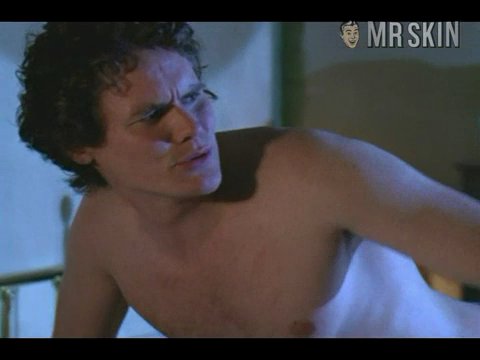 Sightings: Heartland Ghost (2002) Nude, breasts 00:06:00 Thea's got some nice gills, indeed--and proves it when she rolls around topless in bed with her gentleman friend.

Queer As Folk (2000-2003) Nude, breasts Ep. 02x01 Thea Gill shows her mams as she talks on the phone while in bed with bare-assed Michelle Clunie. Then we see her suckables again as the ladies talk and kiss.

Queer As Folk (2000-2003) Nude, breasts Ep. 02x03 Thea's the blonde on the magic lesbian couch with dark-haired Michelle Clunie and those are Thea's rip casabas as she goes at it with also bare-chested Michelle.
+62
More Pics &
Clips >>

Thea Gill debuted in the nearly pornographic comedy Bubbles Galore (1996) in the provocative role of Orgasmic Angel. Yet she managed to remain fully clothed throughout the production. Nothing climatic about that! She earned her orgasmic angel wings, though, in Papertrail (1997). The Canadian rip-off of Se7en (1995) is moist notable for Thea's graphic nude sex scene. American audiences know her best for her lesbian character on Showtime's Queer as Folk. To remind you that gay doesn't only mean naked men, Thea fills the screen with ample skin getting down on her love interest Michelle Clunie. Thea's body of work fits the Gill.

12 Pics & 1 Clip
Nude, breasts 00:06:00 Thea's got some nice gills, indeed--and proves it when she rolls around topless in bed with her gentleman friend.