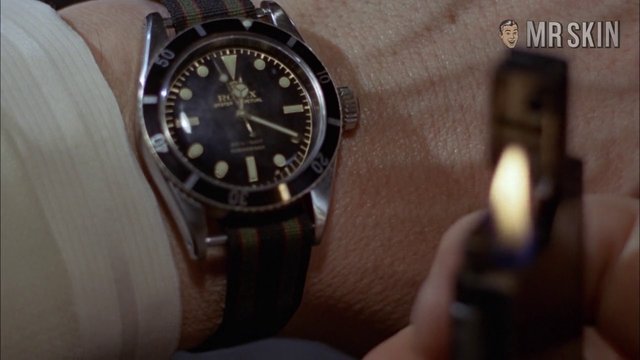 Although she was born in Yugoslavia, Nadja Regin made her career mostly in British cinema, only rarely appearing on the continent. Be that as it may, she put her exotic (at least to the pale, pasty Brits) sex appeal to good use, appearing in episodes of ~The Saint~ and ~The Avengers~, as well as in films like ~The Man Without a Body~, ~Don’t Panic, Chaps!~, and ~Solo for Sparrow~. In 1963, Nadja landed the pivotal role of her career in ~From Russia With Love~, a bit part as “Kerim’s Girl” that led to her being cast in the next year’s ~Goldfinger~ as “Bonita.” Of course, being a “Bond Flick,” she is seen in the nude a few times, but we ~never~ get to see the good parts… Perhaps even more disappointing is the fact that her career pretty much washed right up after that, and she lived in relative obscurity until her death in 1993.