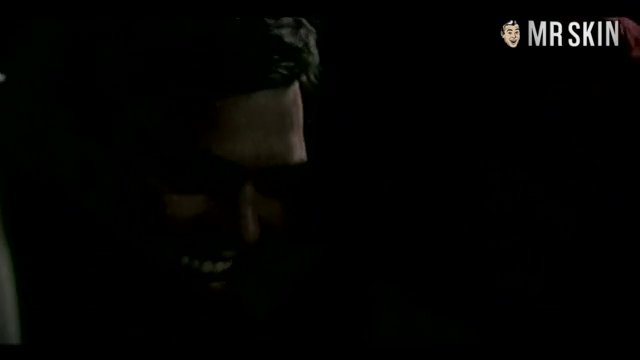 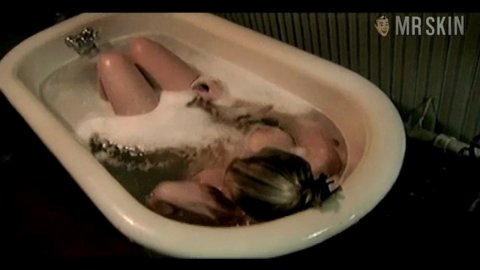 Nadine Riess’s sole movie role was in 2005 when she played Lucky in the horror thriller 3 Below (2005). In a couple of skintillating scenes, the blonde bombshell Nadine shows an extremely potent amount of T&A. In the first sequence, about 15 minutes into the film, Nadine is soaking up in a bathtub as a local yokel sneaks into the bathroom to catch a quick peek of the sleek and busty babe amidst all the suds. She ascends from the water and covers her boobs with a towel as she talks to the guy. Then in a later scene, she’s doing a striptease for a few other guys, and everyone, rightfully so, thoroughly enjoys the show. With a body like hers, we’re pretty unLucky to not have more skinsposing screen time with genuine full-bodied babe.

12 Pics & 2 Clips
Nude, breasts, butt 00:55:00 She's got a captive audience of dudes (one hidden, two not) ogling her T&amp;A when she performs a little striptease.
Nude, breasts 00:15:00 Some local yokel sneaks a peek of Nadine's knockers as she soaks in the bath.
Live Cams - View all