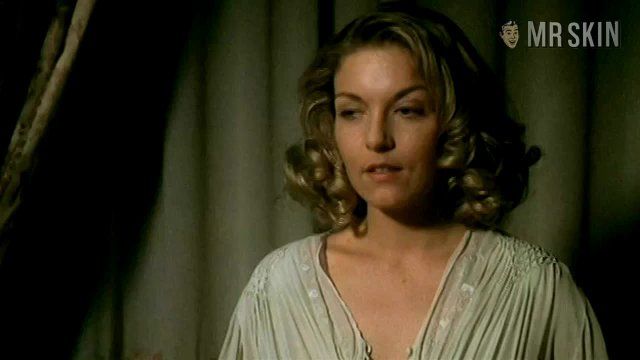 Mother Night (1996)
Nude, breasts 00:11:00 Sheryl Lee merrily loses her robe and shows her Laura Palmers before hopping into the sack with Nick Nolte. You'll need to pay a visit to Rosie Palmer!

Sure the Nazis perpetrated horrible, unforgivable atrocities, but they had style. Those uniforms. Those cars. They’re still mined for all matter of erotic fetish, but let’s not forget the women who really made the Nazi party. In Mother Night (1996), Sheryl Lee plays the love of American-born, German-raised playwright Nick Nolte’s life. She’s a famous Aryan act-chest, and he’s a double agent for the US during WWII, though no one will admit it. When Sheryl is killed in the war and Nolte is brought Stateside to stand trial for war crimes, the story gets too serious for Mr. Skin. Much better is early on when Sheryl’s twin peaks come out to play in a bedroom tryst. Get ready for a blitzkrieg in your pants!